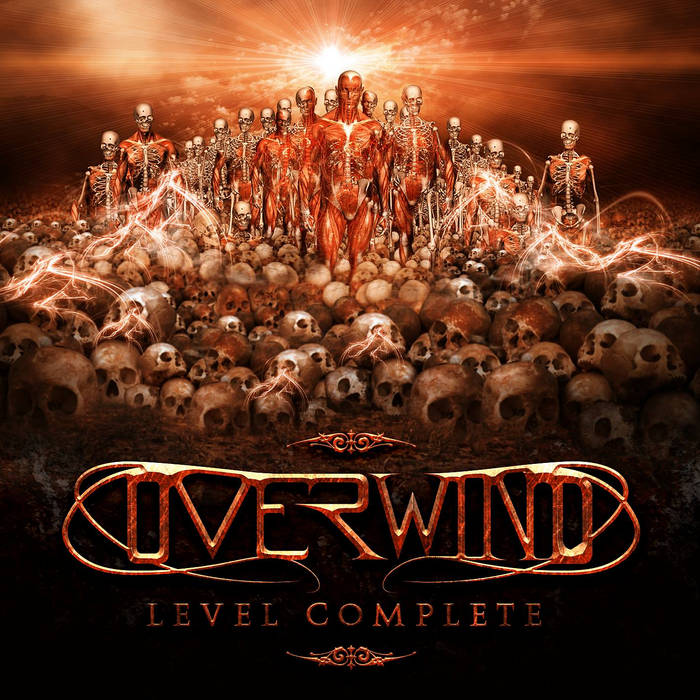 OVERWIND was founded in Krasnodar in autumn 2013, where the four experienced musicians Anton Emelyanov (Guitar), Sergey Krasnozhen (Drums), Alexander Chumakov (Vocals) and Misha Gigava (Bass) begun to compose and write material for their debut album. It should be metal in a modern, powerful and progressive garment, their first work «Illustrator was quickly in the box and was already released in mid 2014. Offering exceptional reviews and ratings and through live performances, the guys quickly made a national name which stands for high-quality metal with a twist. But there was no rest on the laurels … they went immediately back in the studio to realize a worthy successor for the impressive debut.
With their new longplayer «Level Complete», the Russian powerhouses OVERWIND build on where their brilliant debut ceases and continue their outlandish chosen musical path with constancy, energy and a lot of self-reliance. Songwriting and compositions put things in a nutshell, drums, bass and the fat guitar sound fly one around the ears and favored by a powerful sound engineering, a true feast of modern hard metal sounds from the speakers and will delight any truthful metal fan. With the awesome support of high carat guests like Peter ‘Peavy’ Wagner (Rage, Refuge, Lingua Mortis Orchestra), Tim “Ripper” Owens (Judas Priest, Iced Earth, Yngwie Malmsteen), Victor Smolski (Almanac, Mind Odyssey, Rage, Lingua Mortis Orchestra) and Marco Sfogli (James LaBrie, Alex Argento) , an impressive sophomore has arisen that will heave OVERWIND into the top league of European metal bands and sets the bar high for the established acts.