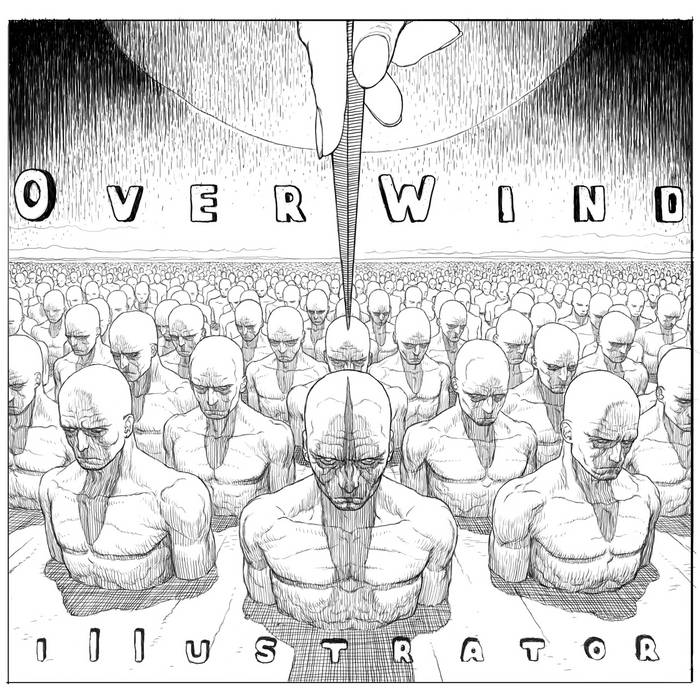 Power metal tinged progressive metal from Russia, that's certainly something I've never gotten to review. Overwind do just that though, and their new record, Illustrator is exciting and innovative, the kind of power metal that sets up new rules and captures the hearts of thousands of young fans from across the globe. The bouncy rhythms and thumping choruses really engage the listener and allow Overwind to stand up, metal masters from a country whose leader seems to have gone mad. If that isn't straight up legit, then I don't know what is.
Here's what makes the music of Overwind so appealing though. You see, these guys put out a strangely blessed mix of modern prog solos with old school Queensryche style song structures. It makes for a record that is unique and interesting, capturing the heart because it simply goes so far outside of the norm that we have been raised to believe in. Digging into the synthesizer laden magic of Overwind is a blast, these guys have so much cool stuff going on it makes Illustrator worth many a skin. Their asymmetric blasts and groovy attack is not one to be easily forgot.

In conclusion, I implore you to open your heart and let Illustrator draw up your reality. The layered music and weighty lyrics often speak directly to you and inspire you to keep up the fight, never relenting on the battle that is fought within us all. So find your way into the strange worlds crafted by this Russian quartet and prepare to lose yourself. Sure Russia's government may be dragging us into another Cold War, but Overwind are proof the country still has good things to say creatively